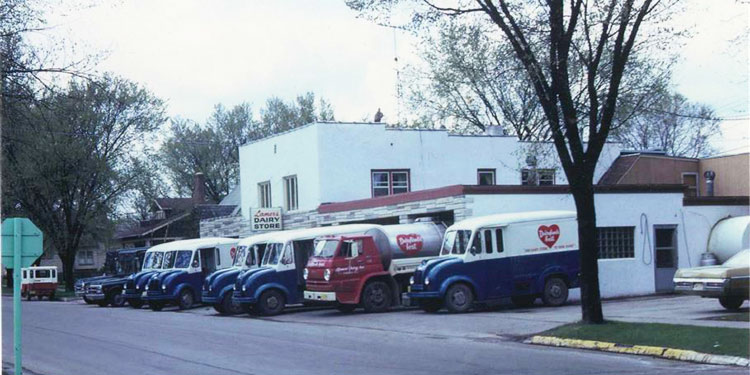 A Family Tradition for 100 Years

Jacob Lamers, Sr. started Lamers Dairy in 1913 in the village of Kimberly, Wisconsin, and it is still family owned and operated to this day.  In 1913 raw milk was distributed to the villagers in preserve cans which were delivered to customers as members of the family went to school in the morning.

The following year, the Lamers family began using a horse and buggy as the milk cart.  In 1919 the first truck was purchased.

The first milk bottles imprinted with the Lamers name were introduced in 1931 and the first mechanical refrigeration in the village was installed in 1932.  Hand-operated milk bottling gave way to automatic equipment and just a year later the Lamers family installed equipment to pastueurize milk.  In 1941, Lamers Dairy introduced homogenized milk to the village and also doubled the size of their building.

In 1950, the building was expanded again and a laboratory was installed for quality testing of all dairy products.  In 1998, the business was moved to the current location on Speel School Road in Appleton, Wisconsin. Today five of the Lamers children are actively involved in the business. Two of the next generation work full-time for Lamers Dairy and four work part-time while attending high school and college. 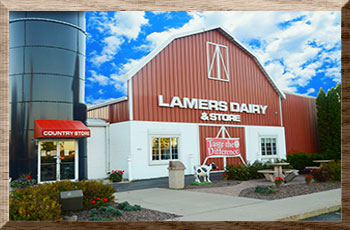